Skip to content
Ollie Owl Pillows The new choice for your whole family!

It is well known that sleep plays a key role in memory and learning however, until recently the reasons why weren’t exactly clear.

A new study, carried out by researchers at NYU Langone Medical Center and published in Science, found that sleep after learning led to changes in the brain that helped consolidate learning.  In the study using mice they found that the group that were allowed to sleep after learning a new task laid down new brain connections that aided memory and learning.  Mice that were sleep deprived after the learning of a new task failed to make the brain changes necessary to consolidate learning. The study shows for the first time how learning and sleep cause physical changes in the motor cortex 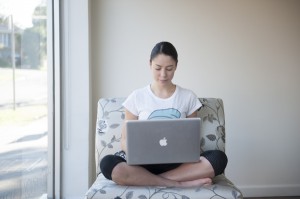 Microscopic examination of the brain showed the well rested mice actually formed new brain connections as a result of learning the new task.  What was particularly interesting was the finding that the sleep deprived mice that were allowed to ‘catch up’ on their sleep still did not show the brain changes consistent with learning a new task. It seemed as if there was a window of opportunity when the brain can consolidate new information.

The study also showed that majority of the changes in the brain that promote learning and memory were laid down during deep sleep (non REM sleep). “We’ve known for a long time that sleep plays an important role in learning and memory,” senior investigator Wen-Biao Gan PhD said. “If you don’t sleep well you won’t learn well.

What do these new findings this mean for our kids? We can add learning and memory to the long list of reasons why we need to nourish our children with good quality sleep. We are so happy to be able to contribute to improving sleep in our children.